Shanghai, China to USA and Germany

Large or Small, Nothing is Impossible it Just Takes a Little Time --Online request and calls to Air Animal Pet Movers from relocating pet parents and from expatriates returning home increased during the pandemic. Team Air Animal moved over 100 pets March through May. Today Air Animal® Pet Movers’ experienced pet move managers are working through the pent-up demand as flight options gradually return.In the middle of March stay-at-home orders, Air Animal organized and moved one huge Alaskan malamute and one Havanese –both out of Shanghai China. “Astro weighs about 120 pounds and has a custom-built wooden crate. His pet parents had returned to Elmira, New York leaving him with their helper in Shanghai. Astro’s flights cancelled several times, then over a weekend flights connecting through Russia and on to New York City opened up,” said Cory Robinette, Air Animal COO. “I felt good about it because Astro would be well cared for by service partners in Russia. If a flight cancelled, Astro would have the run of a farm in Russia. Everything went flawlessly. Astro arrived in Elmira after a ground transport from JFK in New York.“Milli’s flights didn’t go as planned. She left Shanghai flying into Russia but the connecting flights to Berlin, Germany cancelled three times. Her owners were thrilled Milli had a fun week on vacation at the farm in Russia. She arrived in Berlin—on a German holiday, no less--happy and healthy,” Robinette added.“The knowledge and resources we’ve gained over 43 years has been tested during the pandemic. We’ve learned new tricks and we’ve had the pleasure to work with new service partners who treat our clients and their animals like the valued family members they are,” said Dr. Walter M. Woolf, Air Animal founding veterinarian and president.  Air Animal’s team is moving more pets every week as airlines begin to accept pet flight bookings to many of the world’s major destinations . They strongly recommend contacting them early giving the team time to review pet vaccinations and be ready when flights become available. “We move members of the family. We handle the details so their furry, feathered, scaly or wet best friends arrive healthy and happy after their travels. We’ve learned that repeating information in as many channels as possible reduces anxiety and manages expectations,” said Woolf.
Read More...

Nothing is impossible, it just takes patience and time. Qatar Airways offered a rare flight from Bangalore during the COVID-19 shutdown. Cory Robinette was able to book Archie through to London, UK. His pet parent, Michael wrote: Thank you so much for getting Archie home to England. He is fit, full of life and already enjoying the English country side.
Read More...

(Bailey shared a lot more you can read on Yelp. Thanks Smith Family!)Yelp Review SnapshotAs every pet owners treat their dogs as family member, I am so thrill to have Air Animal shipped my 2 dogs from Texas to Thailand.After months of extensive research to find the pet shipper to ship my dogs from San Antonio, Texas to Bangkok, Thailand, I chose Air Animal in Florida.  Here are the reasons I chose them:- Ms. Maria Holt had been the only one I talked to at Air Animal. Other pet shippers you will talk to one person then when you agree to do business with them or give them deposit down then you will be assigned to the new person.- The transparency in the aspects of the process, the price, what will you get with that price and Maria herself.- Easy to deal with. I communicated with her through emails most of the time and she answered quickly.Gracie, Bella, Bailey and John Smith
Read More... 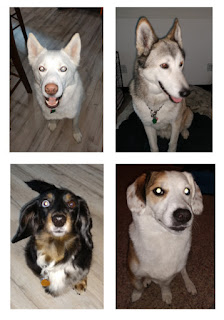 Frankie, Kita, Daisy, & JulietThank you so much for helping me through the process and keeping me calm.  Also for being on top of all paperwork and stuff.You have no idea how much you helped me through this.Thank youLisa & Alex
Read More... 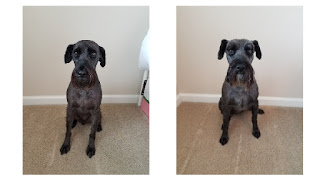 Maximus & ZoeHi Cory,Max and Zoe were delivered on Saturday without any issues.  They both have slept a LOT since they got “home” as I am sure there was a lot of stress over the course of the transportation.  Other than being really tired, they are both great and are settling in nicely.Thank you for all of you and your team’s assistance to get them transported.  I really appreciate all of the effort.  And, I appreciate with all of your help dealing with the various logistics in the US getting them ready to go.Kindest regards,Jeanne
Read More... 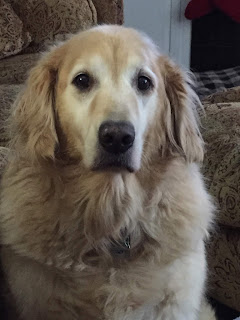 GingerGinger is adjusting very well to her new home and the Pacific Northwest.  I appreciate the note.  We were very pleased with the service.Thanks, James
Read More...

Tigrou and LibelluleWanted to send you an email to thank you and the team for the incredible support you gave us and Tigrou/Lili in this long and painful journey!! They’re really well and already totally adapted to the new place. Sure it is also linked with your high quality service as when they arrived the first day, they were totally relaxed! Again big congrats and thanks a lot for their well-being!Sincerely,Dan
Read More...

MoeThanks Cathy for all your help with the move! Honestly could have not done this without you. Moe was released from quarantine last Sunday and he is loving it here! Here’s a pic of us on Moe’s first beach visit.
Read More...
Next Page
Schedule your move! Se habla Español Call 1(800) 635-3448
Stay in touch - PCS & Pet Move News! Click here to register!