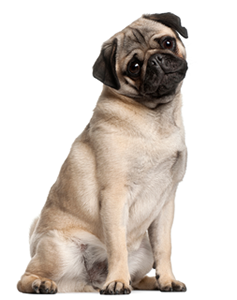 The Challenge of Shipping Aggressive and Brachycephalic Breeds

Airlines and some countries around the world have banned both air cargo arrivals and passenger cabin travel for aggressive breeds.

Depending on your destination and airline cargo availability, Air Animal may be able to relocate these breeds using IATA-compliant CR82 travel kennels. Booking availability for these breeds is becoming much harder to arrange.

The brachycephalic breeds such as English Bulldogs, French Bulldogs, Boston Terriers, Pekinese, and other snub-nosed dog breeds are often banned. The pinched nostrils, shortened airways, narrowed windpipe, and some congenital issues causes dogs to have a tough time panting enough during hot weather to adequately cool themselves. Dogs only have sweat glands on the tip of the nose and the pads of the feet. They cool themselves by panting, rushing air quickly across the mucous membranes of the throat and the upper respiratory system.

Cats don’t sweat at all which puts snub-nosed cats such as Persians and Himalayans on the banned lists, too.

Several airlines have permanently embargoed these brachycephalic breeds. Some U.S. and international airlines accept brachycephalic breeds for transport but ONLY when air temperatures are between 45 and 85 degrees Fahrenheit (7 to 27 degrees Celsius) at origin, all transit points and destination. If you are planning to relocate or travel with your "mushy faced" pet, plan ahead and complete an online request form after considering seasonal weather.

Thank you for your understanding and patience as the Air Animal team works to transport your pet in safe and stress-free environments. Our goal is to provide relocating pet owners with the best practices in pet care, pet welfare and pet transportation – nationwide and worldwide.